What is the ‘new model’ the EU is proposing for Northern Ireland? 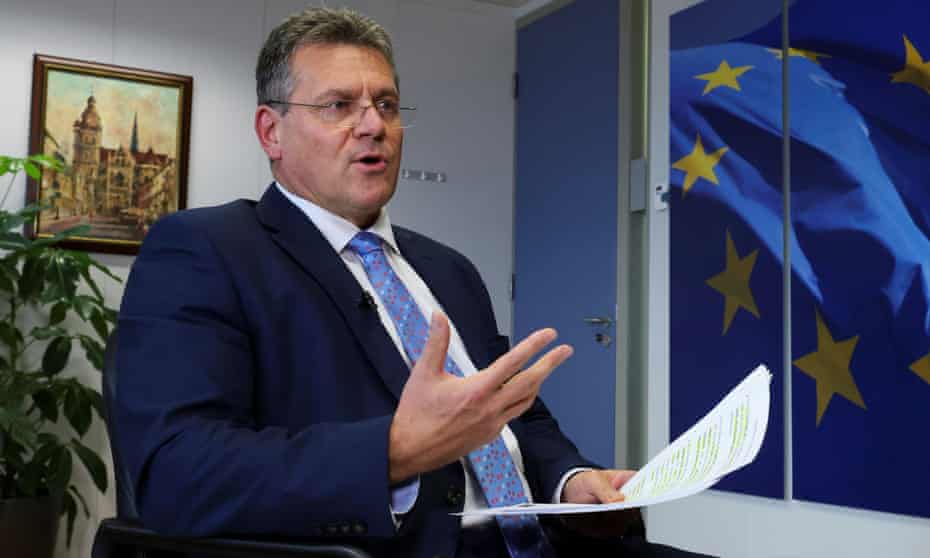 The EU’s latest proposals, described as “a new model” for Northern Ireland, are a significant concession from Brussels. Having ruled out renegotiation of the protocol in July, the EU is proposing a “bespoke Northern Ireland-specific solution”.

A new certificate scheme would mean that certain products that are generally prohibited for import into the EU, such as British sausages, would now be allowed to be imported. The EU would retain the right, however, to impose a ban if there is any suggestion these products are entering the wider single market.

Checks would be reduced by 80% on a large range of supermarket product lines, through reinforced monitoring of supply chains and the use of specific packaging and labelling indicating that the goods are for sale only in the UK. In return the EU wants the UK to deliver on its commitment to complete the construction of permanent border control posts at Northern Irish ports for incoming trade from Great Britain.

A type of haulage known as groupage, where goods from different companies for different customers are grouped together on one lorry, has experienced significant disruption. In groupage haulage, a truck can pick up goods from several warehouses with loads moving from one lorry to another. Each time, the seals have to be broken and goods recertified in a complex, time-consuming and error-prone process. The EU has proposed that such trucks transporting different food products, such as dairy, meat, fish, confectionary, fruit and vegetables, from Great Britain to Northern Ireland would just need one certificate stating that all goods of different types, class or description meet the requirements of EU legislation.

The EU is proposing to cut customs paperwork by half. The scope of an existing scheme waiving customs controls on “goods not at risk” of entering the single market would be expanded to more small and medium-sized enterprises. A car dealer ordering car parts would only need to provide basic information such as the invoice value of the parts and the parties to the transaction for customs clearance purposes. But the EU would demand in return a commitment from the UK to provide full and real- time access to IT systems.

In response to threats to affordability and availability of generic medicines in Northern Ireland, the EU would waive a requirement that medical manufacturers move out of Great Britain into Northern Ireland. Companies supplying the Northern Irish market could continue to have their supply “hub” in Great Britain, a privilege not usually afforded to countries outside the EU single market.

There is no suggestion that the European court of justice will lose its role as the arbiter of EU law in Northern Ireland. But following criticism that the protocol is “undemocratic”, the Northern Ireland assembly, civil society groups and businesses would be invited to take part in “structured dialogues” with the European Commission on implementing the hundreds of EU laws that apply in the region, although they would not have any decision-making power.