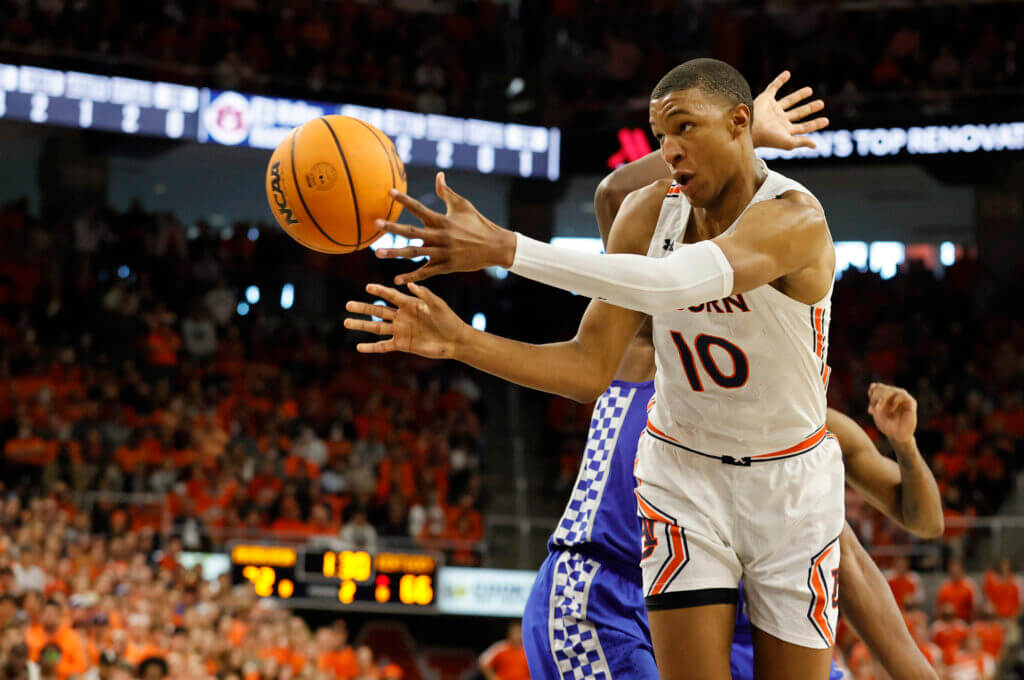 To explain why Jabari Smith is a can’t-miss talent and a prospect any NBA franchise would be borderline irresponsible to pass up, Bruce Pearl did a highly Bruce Pearl thing and invoked a Division II player from the mid-1990s.

Back then, Stan Guoard was a 6-foot-5 guard for the Southern Indiana Screaming Eagles. He twice earned NABC Division II player of the year honors. To this day, his 1,619 career points rank fourth in program history. Guoard actually runs the show at his alma mater at this moment, but for the purposes of this particular Pearl gem, he was the irrepressible force for a national championship team in 1995. An almost mythical figure. The reason why Bruce Pearl, for the first time, walked on to the floor every night knowing nobody would be better than his guy.

“I had the best player on the floor every night in Jabari Smith,” Pearl said.

The expectations at the next level — eventually — might not be much different, should everything go to plan. Nobody in this draft class cuts a more definitive profile of a modern forward than the newest member of the Houston Rockets. Smith is 6-foot-10 and weighs 220 pounds with a 7-foot-2 wingspan. He has a shot seemingly crafted by the gods. He can play four positions on offense. He probably can guard all five spots on defense and, even better, he actually cares about being a good defensive player. He won’t turn 20 until May. Smith’s physical assets and skill set instantly translate for the demands put upon pros at his position, and he’s still nowhere near a finished product.

If the possibilities aren’t exactly endless, it at least takes you a while to run through them all.

“He’s about as ready a one-and-done, quite frankly, as I’ve ever seen,” Pearl said.

Because the numbers back up all the swooning over Smith’s shooting, even his floor as a pro seems high enough to justify his lofty draft position. Smith shot 42 percent from 3-point range at Auburn, and he wasn’t a small sample-size wonder; no one on the roster took more than his 188 attempts from long range. He posted an adjusted field goal percentage of 51.4 percent on guarded jumpers, per Synergy Sports, so getting a hand up or crowding his space didn’t have the intended effect. And woe to those who maybe forgot where he was on the floor. So, so much woe: Smith only had 23 unguarded looks all season, but he canned 15 of them for an adjusted field goal percentage — do not adjust your screen — of 97.8 percent.

Smith can draw potential rim-protecting defenders away from the paint and put the ball in the bucket, right now. Today. And, presumably, forevermore, unless something goes horribly awry with his mechanics or confidence. Which doesn’t seem likely. “The reason why he’s going to be an NBA All-Star is because of that mentality: you can’t be that good a jump shooter without the mental toughness of wanting the shot, taking the shot and believing the shot is going in every time it leaves his hand,” Pearl said. “Same ball flight, same rotation, every time. That’s what the great ones have.”

To stay on the floor long enough to showcase that ability, Smith of course has to be competent at the other end. But “competent,” too, seems to be the floor. And possibly a wild underestimation.

Smith, ideally, will become one of the most switchable defensive assets on any NBA roster. He’s already demonstrated he can do it, after all. Smith’s high school coach, Jon-Michael Nickerson, watched Auburn games and saw Smith jump out to guard backcourt players in ball-screen actions and recognized the same defensive stance Smith crouched into every day during shell drills. “Everybody marvels at his offensive skills,” Auburn assistant coach Ira Bowman said. “But what’s immediately transferable to the NBA is, if he can sit down and guard guards like he’s been guarding them? That’s a skill you can’t put a dollar amount on. If he can play two through four, two through five, and be in ball screens and switch and have to guard Ja Morant or Chris Paul or whoever, and be OK and keep those guys in front? You can marvel at the shooting and the offensive talent, but those are things that will separate him.”

To be clear: Smith is not necessarily an All-Star out of the box. He’ll have to be more productive off the dribble in particular; Smith wasn’t nearly as effective going to his right as he was going left on drives, and even Pearl, with his endless supply of Jabari Smith superlatives, wants to see more effectiveness as a creator for others off the bounce. Smith also was fine but not dominating as a scorer out of the post (0.9 points per possession in those scenarios, per Synergy, good for the 65th percentile nationally).

But Smith is the No. 3 pick because the architecture for greatness is undeniably there.

He needs zero work on all the fundamentals for growth, like footwork or shot mechanics. He has the maturity to understand how to prepare; Smith had a consistent pregame routine as a high school player, for goodness sake, all the way down to the moment he took off his headphones. “That’s not a normal teenager,” Nickerson said. He has the savvy to understand that he doesn’t understand everything, and the basketball intelligence to process new information quickly. “You don’t have to rehash things,” Bowman said. And, well, it’s probably not a coincidence that Smith’s high school team reached the state championship game as a senior and his college team won 28 games and a conference title and achieved its first No. 1 ranking during his only year on campus.

“He just impacts winning,” Pearl said. “They need somebody to go in there and make them win. And he’ll do that.”