It’s 17 years since Wilfried Zaha walked through the doors at Crystal Palace’s training ground. The club, training ground and academy have been transformed in that time. So has his life.

At the entrance to Palace’s new £20million ($24.2m) academy, there is a mural featuring several portraits. Zaha’s portrait is among them, ready to greet those he has inspired and who aspire to be like him.

Across two spells, the 29-year-old has made more than 400 appearances for Palace, scoring 83 goals. He has also become, many believe, the most accomplished player to pull on the red and blue shirt.

Alongside the plaudits, he has been criticised for taking on too many players and failing to hide his irritation when referees do not protect — or opponents do not match — his “pureness”, a belief that the ball should only be taken fairly.

Now, on the eve of Palace’s 10th successive season in the Premier League — a feat Zaha played a significant part in achieving and sustaining — he will once again strive to prove his critics wrong.

Last season was a record-breaking campaign for Zaha. Freed from the shackles and burden of being Palace’s main attacking hope, he scored 15 times in all competitions. The pressure of carrying Palace was lifted.

This season, without the support of Conor Gallagher, whose eight goals were instrumental in Palace’s progress, Zaha may feel that pressure returning. Manager Patrick Vieira has set him a clear target.

“When you are looking at the goals he scores, the chances he creates, the chances the team creates, I believe he can get around those figures,” Vieira said towards the end of last season.

“Wilf is at the peak of his game and I think he has this maturity to understand the game better than in the last couple of years. 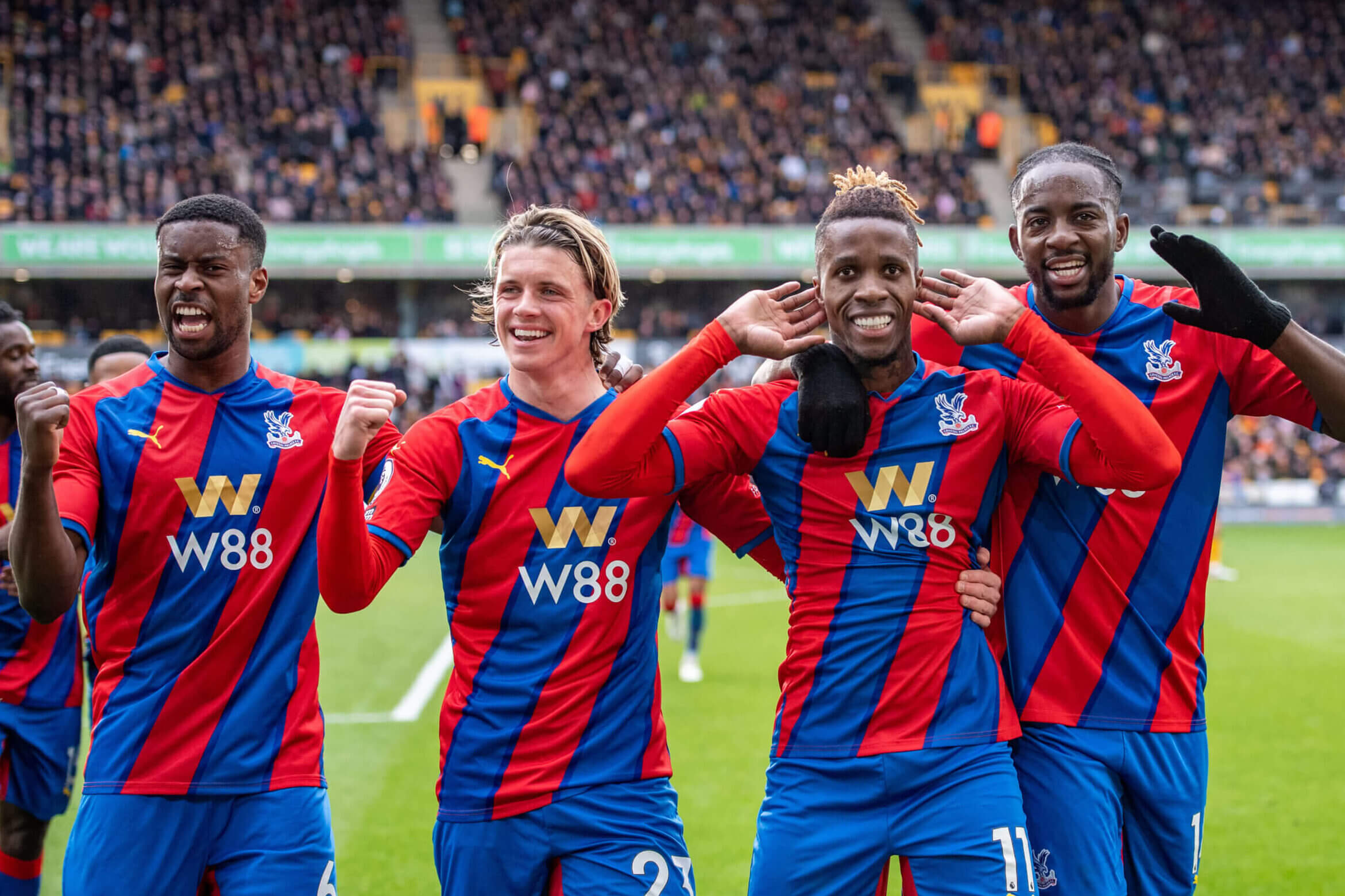 Vieira also said at the time: “If he has to leave one day, nobody will ever forget what he achieved for this club and I would love him to stay as long as he wants to stay. But he needs to want to be here.”

Those comments suggest an awareness of the situation from Vieira, and some implication that Zaha is less committed to extending his career at Palace than some might hope.

It used to be that despite interest and offers, despite being apparently unsettled, and despite his desire for European football, staying at Palace was always going to be his preference. That feels less certain this time around.

Despite that, over the summer, Vieira responded categorically during the club’s pre-season tour in Australia: “He is happy in our football club and he is looking forward to the new season.”

There has been surprisingly little interest. In 2018, Zaha signed a five-year contract, then another deal a year later that tied him to the club until 2023 — 13 years since his debut — and increased his wages to £130,000 a week. Despite interest from Chelsea, Everton and Tottenham Hotspur, there were no bids lodged with Palace.

There may have been an element of regret in agreeing new terms. His brother, Judicael, called upon Palace to sanction a departure for Arsenal in the summer of 2019. It was not granted. Instead, Arsenal signed Nicolas Pepe.

Various representatives have come and gone in an attempt to generate a move. Even the intervention of “superagent” Pini Zahavi failed to achieve the desired outcome. Zaha has since signed with CAA Base.

With his contract due to expire next summer, his future is up in the air. No calls came on deadline day last summer. None came in January. Will any come this window? Other than from Serie A side Roma, there has been no significant interest.

The Athletic understands Palace have no intention of allowing Zaha to leave on a free transfer. Any new deal would take him towards the end of his career, though he is thought to believe he can play well into his thirties.

The dilemma Palace have is they are entering a new era. Off the back of his best season, the temptation to keep Zaha is understandable, and his standing at the club and among the fans is even more reason to want him to stay.

But recruitment has shifted to younger players on lower wages, talents who Palace can later sell on for a profit. Sustainability is key.

A new contract for Zaha would require a significant outlay in terms of salary and potentially set an unwanted precedent. Any club seeking to take advantage of his status as a free transfer would also face a hefty outlay.

It would be a significant challenge to extract a good fee for a 29-year-old with a year (or six months) left on his contract when many clubs are already straight-jacketed by Financial Fair Play.

The arrival of Malcolm Ebiowei and the impressive start to life at the highest level for Michael Olise would make it easier for Palace to move on from Zaha, but neither of them play on the same flank.

A replacement would still need to be found and would not come cheap.

Whatever happens, an end to Zaha’s time at the club is edging nearer. Palace will have to get used to life without him sooner or later. The only question is how soon that happens.

Premier League changes: Handshakes are back, Mike Dean on VAR, rest at Christmas