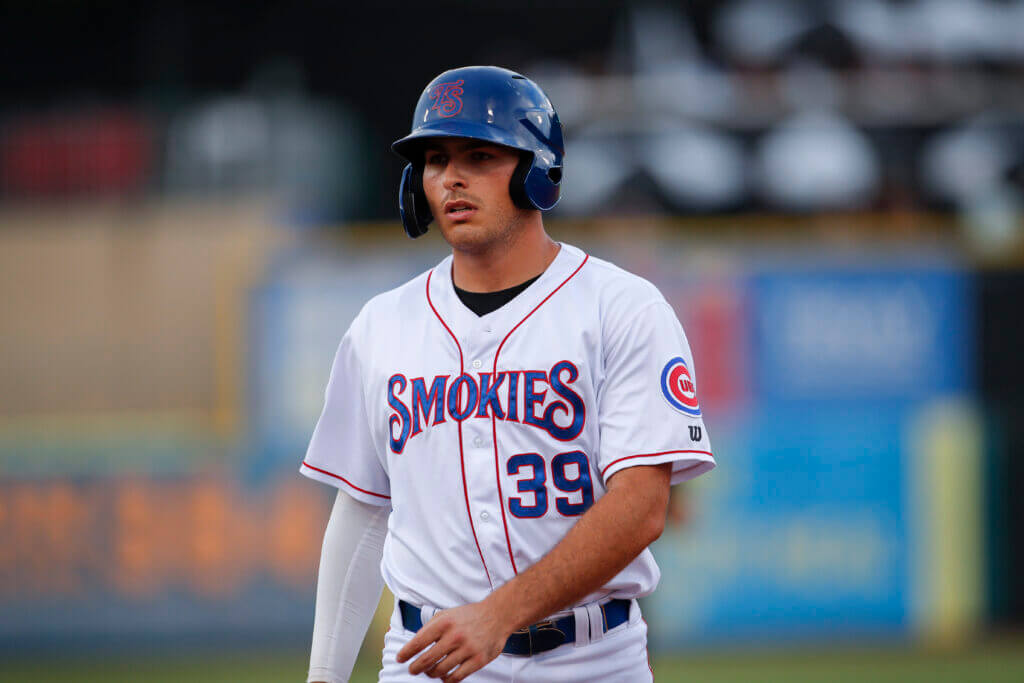 For nearly 10 full seasons, the Cubs didn’t really have to think about first base. Four different managers — Dale Sveum, Rick Renteria, Joe Maddon and David Ross — put Anthony Rizzo’s name in the lineup as the Cubs went from 101 losses to World Series champions to the beginning of another rebuild.

The Cubs squeezed an All-Star first half out of Bryan LaHair before Rizzo made his Wrigley Field debut in 2012, and let it ride with Frank Schwindel’s hot streak after trading Rizzo to the Yankees at last year’s deadline. If you could combine those stretches from LaHair and Schwindel, you would get a highly productive, low-cost option at first base for almost an entire season: 27 home runs, 70 RBIs and a .313 batting average in 130 games.

Of course, that’s not how the game works. It’s hard to find everyday players, and it’s expensive to retain them. LaHair never played in the majors again after Game 162 of the 2012 campaign. Schwindel never really got into an offensive rhythm this season (.635 OPS) and Rizzo’s Gold Glove defense became a tough act to follow. The Cubs recently optioned Schwindel to Triple-A Iowa. Rizzo appears to be enjoying life in New York, putting up his usual power numbers, playing for a World Series contender and posing for promotional photos with a serious face and a goofy Yankees jacket.

All that brings us to Matt Mervis, an undrafted free agent who’s put up big numbers at three different minor-league affiliates this season: a .309 batting average, 24 home runs, 94 RBIs and a .966 OPS through 100 games combined. The Cubs scouted Mervis as a right-handed pitcher and a left-handed hitter at Duke University and graded him as a potential pick between the third and fifth rounds of the 2020 draft, which lasted only five rounds with the sport shut down during the COVID-19 pandemic.

“We kind of liked him both ways, which is a tribute to the athlete that he was and is,” Cubs vice president of scouting Dan Kantrovitz said. “As the draft unfolded, there were a number of players in his position that were worthy of being drafted, but for one reason or another didn’t get drafted. We pitched to him how he was well-suited for our hitting infrastructure and how he could improve under that umbrella. And then I think he was impressed enough to choose us in that sort of unprecedented free-agency process that unfolded after the 2020 draft. To see his success so far, I don’t think that’s something that you could expect anybody to do as quickly as he’s done it.”

Mervis, 24, is probably viewed more favorably from a data perspective than through a scouting lens. Scouts see a somewhat stiff body with below-average agility, likely meaning that he could be relegated to being a designated hitter. They also question his ability to hit elite velocity or spin, both of which have become plentiful in the big leagues. The data analysts love the batted-ball numbers, and while they see chase concerns and potential struggles against left-handed pitching, there’s the chance for a strong-side platoon bat with plus raw power and potential to impact games with his bat. Scouts project him as more of an up-and-down player with solid pop.

It’s hard to see Jed Hoyer’s front office making first base the top priority this winter, though Josh Bell would be an intriguing option, and in general they could use a power-hitting, left-handed bat. If winning becomes more of a priority for 2023, handing the job to another unproven player does not sound like a great idea. Mervis, who won’t be eligible for the Rule 5 draft until December 2023, deserves credit for reaching the Triple-A level so quickly, putting himself on the map and potentially being one phone call away next season.

“He’s having a great year,” Hoyer said. “It’s too early to proclaim anything. He’s one of those really good stories in the minors, and it’s fun to see him keep hitting. Hopefully, he keeps hitting all the way up here.”

• Porter Hodge earned the organization’s minor-league pitcher of the month award in April after a dominant month at Low-A Myrtle Beach. But it’s what he’s done in four starts since being promoted to South Bend that’s starting to open eyes. Hodge has worked 19 1/3 innings, posting a 2.33 ERA while striking out an eye-popping 38.2 percent of the batters he’s faced and walking just 7.9 percent.

Hodge got on the radar last season, but the Cubs credit his offseason buy-in to their high-performance plan that’s helped him get bigger and stronger this season. That’s led to Hodge throwing a fastball — it’s of the cut-ride variety, a pitch that’s getting buzz in certain organizations and something the Cubs also pursue with their pitchers — that once sat 91-92 and now is comfortable at 94-96 and occasionally touching 98.

Hodge has always had a feel for spinning the ball, but he’s really separated his two breaking balls this season. He’s added some sweep to his slider and has a curveball with real depth. The stuff is real and he has enough pitchability with the fastball that the Cubs feel like he’s never really out of an at-bat. The slider has advanced enough that it’s become a real putaway pitch for him, particularly against righties.

• Luis Devers, who took home minor-league pitcher of the month honors in May, doesn’t have the type of stuff that grades as standout, but the results have been hard to ignore. Like Hodge, he’s made the jump from Low A to High A this season, forcing his way up the ladder by performing at a high level nearly every time he takes the mound.

The Cubs believe there’s an element of deception with Devers that helps lead to his impressive results (a 2.58 ERA in 66 1/3 innings at Myrtle Beach and a 0.57 ERA in 31 2/3 South Bend frames). He utilizes a strong sinker to get weak contact and really suppresses the batted-ball data. He shows good feel for a changeup, which he can throw in any count and manages to get whiffs on.

Devers sits around 90-92 with his fastball, so it won’t light up the radar gun, but this also comes from a pitcher who was at 87 a year ago, so there’s been a significant jump already. The Cubs aren’t convinced that the 22-year-old Dominican pitcher is done filling out either, meaning there’s a chance for another jump in velocity and him taking another leap as far as performance and prospect status.

• Brennen Davis will return to game action this week in the Arizona Complex League, according to the Des Moines Register’s Tommy Birch. Davis, who underwent back surgery in June, has been hitting at the team’s Arizona complex. The Athletic’s Keith Law still ranked Davis at No. 35 on his midseason list of the game’s top 60 prospects, even though Davis hasn’t played since May. Davis, who will be 23 next season, has accumulated only 159 career plate appearances with Iowa after playing just 76 games at the Double-A level.

Cubs top prospect Brennen Davis expected to get some game action this upcoming week in the ACL.

Davis, who hasn’t played since May, underwent back surgery earlier this year.

“We’re certainly hopeful to get him back (this season),” Hoyer said. “That’s going to be really important for him next year. You want to give a guy a real offseason. You don’t want to just have a guy play straight through, but he’s also missed a lot of at-bats that are important at-bats, so we need to figure that balance out. Once we get him truly game ready, then I think we’ll have a lot of those discussions about what the fall and winter look like for him.”