Running back Kareem Hunt, who has one year left on his contract, reportedly asked the Browns for a trade and the team has denied the request.

We’ve seen this before, and history indicates the Browns will hold their ground. David Njoku asked out a couple of years ago, but Kevin Stefanski successfully convinced him to buy back in. The Browns rewarded Njoku this summer by making him one of the league’s highest paid tight ends.

Baker Mayfield asked for a trade after the team began pursuing Deshaun Watson, and again, the Browns declined the request. They had no interest in trading Mayfield until Watson changed his mind and chose Cleveland.

Will the Hunt situation be any different?

Jason Lloyd: Zac, you already addressed some of this, but I’ve suggested long before now that the Browns should explore trading Hunt. He’s 27 and dealt with injuries last year, although, admittedly, he doesn’t have the wear and tear most running backs his age carry at this point. Was last year an anomaly or the start of him breaking down?

With Nick Chubb entrenched as the Browns’ starter and knowing what they need out of the role Hunt is now playing, they’re well-equipped to handle moving on from him, if necessary. What is Hunt’s market value? What could he feasibly return? Is it an instance where his value to the team far outweighs what he’d bring in trade? And what type of compensatory pick could they potentially get next year, if they keep him now and just let him walk after the season?

Jackson: You ask a lot of questions. Don’t you know I’m busy trying to watch Josh Rosen in practice?

Hunt previously had gone public with his desire to get a new deal, but he’s not properly reading the room. There’s just not much of a market for him right now and he doesn’t have much leverage with the Browns, considering he missed most of last season due to injuries. Hunt likely would have come back late last season if the Browns were still in the playoff hunt, but at his age and given his contract, the Browns aren’t going to get much for him even if they want to move him. And Hunt deciding to stage a bit of a hold-in — and make his frustration public via a series of tweets by a CBS Sports reporter — isn’t likely to force the Browns to do anything but collectively roll their eyes.

If it gets to the point that Hunt really doesn’t suit up, he gets fined and then things get interesting. He’d be subject to fines every day he doesn’t participate in camp, but teams obviously don’t want to fine their own guys.

Going back to the spring, I think the reality for Hunt and the Browns has been exactly what you mentioned: his potential value to Cleveland far outweighs any value he could bring back in the trade market. Hunt is a powerful, reckless runner, who catches the ball well and thrives on physicality. He’s the kind of player who can help an offense find that next gear, and he has the perfect setup now as the No. 2 man to Chubb. A near-perfect role on his hometown team … and he wants out right now? Someone is giving Hunt bad advice.

As for the potential compensatory pick and long-term outlook, I think that’s getting way, way ahead of things. The Browns are trying to add to their practice agenda, while awaiting news on their $230 million quarterback. They’re five days away from a preseason game. Yes, this is an organization that thinks long-term — and the crazy money the Browns have spent this offseason has made it so they have to try to think several steps ahead from a salary-cap standpoint. But right now, the team has an overflowing plate on a day-to-day basis. The timing here by Hunt is horrible.

Lloyd: The Njoku situation I referenced earlier feels like a decent comp to this. Njoku watched the Browns sign Austin Hooper in free agency and draft Harrison Bryant, then tried heading for the door.

In Hunt’s case, the Browns drafted Jerome Ford in the spring and now this happens. So, how much did that pick prompt the latest development? 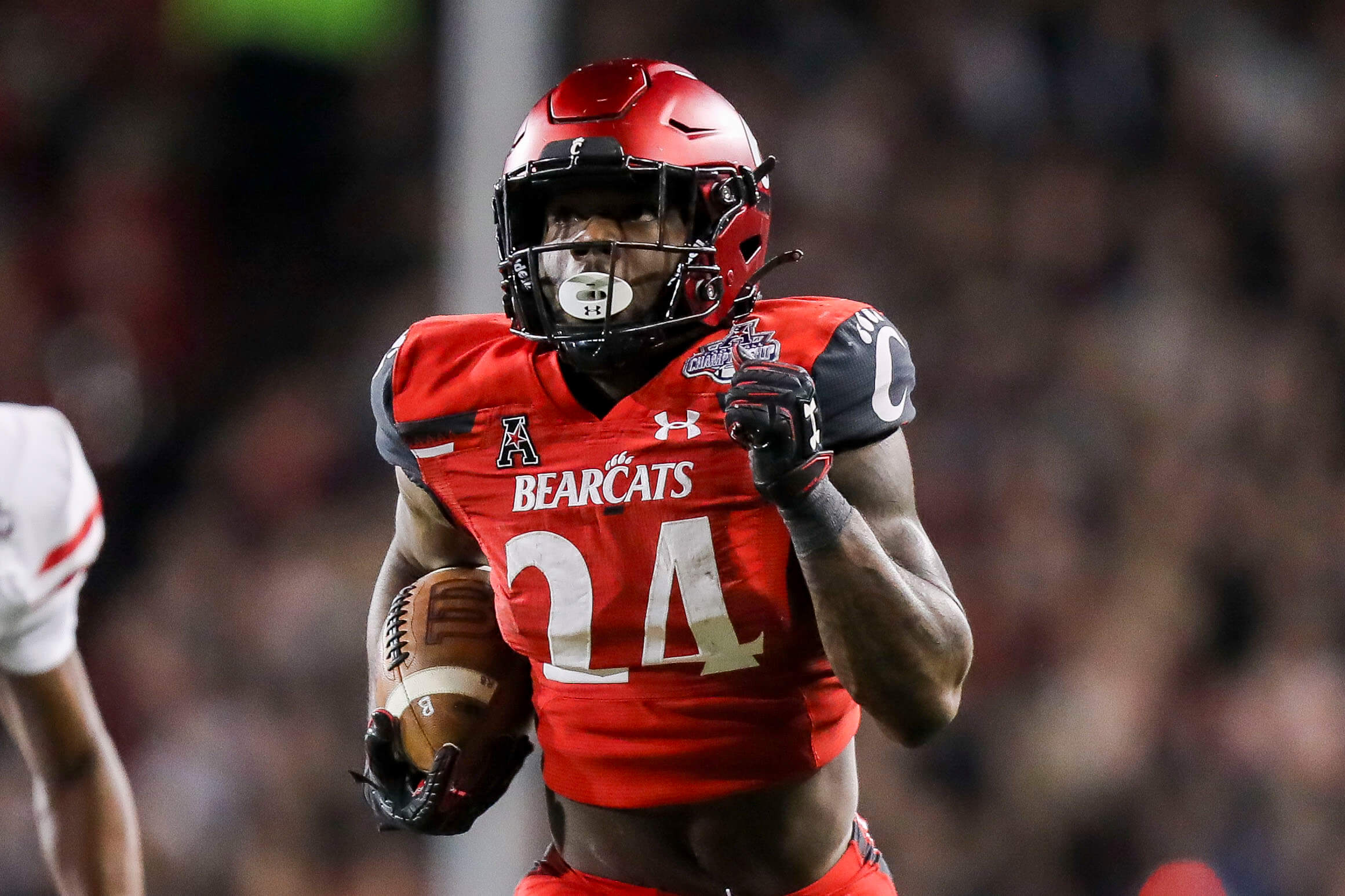 Jackson: The Ford selection took the running back room from crowded to overcrowded. But the Browns have always planned a patient approach for a couple reasons: 1.) Hunt and D’Ernest Johnson are currently only under contract through this season. 2.) With the likelihood that Deshaun Watson misses much or all of this season, the run game will have to drive things in the offense, and the varying skillsets of the team’s current running backs means there can still be opportunity for all of them.

The team has heavily invested in the running back position and the offensive line since Andrew Berry took over as general manager in 2020, so it’s not like there was a sudden pivot or panic. Adding Ford was a surprise, given that both Hunt and Johnson always seemed likely to return. Ford, though, seemed to fit the long-term structure, and he is talented enough to contribute later in his rookie season if the Browns need him.

To directly answer your question, Ford’s arrival probably made some version of this inevitable. But Hunt and his representatives should know that the timing of this is awful and, barring something unforeseen or another team losing its top running back immediately, doesn’t help matters one bit.

Lloyd: It has felt since the draft like something has to give. The Ravens demonstrated last year that you can never have enough running backs, but between Chubb, Hunt, Johnson, Ford and Demetric Felton, doesn’t someone have to go?

Jackson: Sure. But given the volatility of the position and the Browns’ investments across the running back room, there’s no need to rush. Felton has worked with the wide receivers, because he’s needed there. Ideally, Ford can be a bullpen guy and Felton can be an emergency guy. Johnson can step in if the Browns do feel forced to trade Hunt.

I mean, the Browns undoubtedly have the league’s best running back room and have time to say either, ‘Hey, we really like and need this depth,’ or ‘let’s eventually find a smart trade.’

Lloyd: Hunt was on the field at the start of practice Sunday. To the surprise of no one, Stefanski wouldn’t address the situation. But he did reiterate how much they like that running back room right now — as they should.

Jackson: Let’s go over the numbers. How much can any team devote to the running back spot? Chubb signed a new contract at the start of last season that assures he’ll be the Browns’ lead back through at least 2023. His cap number this season is $5.2 million, and next season it goes up to $14.9 million.

Hunt signed a new deal with the Browns just prior to the start of the 2020 season. At the time, that contract seemed to fit for both parties — Hunt got some level of security after his exit from Kansas City and 2019 suspension; the Browns got a really good player at a somewhat discounted rate of a little over $8 million total for 2020 and 2021.

Hunt also got a $1.5 million roster bonus from the Browns last March, and though his 2022 base salary is only $1.35 million, he can make $3.4 million more in a series of per-game, active-roster bonuses. It’s understandable that he wants security — and his next payday — but he’s still set to make a lot of money this season.

The Browns gave Johnson a restricted free agent tender worth about $2.4 million in March. Then, when no other team pursued Johnson, the Browns guaranteed a portion of his 2022 salary and added some rushing incentives, in Johnson ended up playing a prominent role. The Browns always wanted Johnson back, because he’s a willing blocker and special-teams player. When called upon to be the feature back last season, he showed he’s capable of being more than just a utility player.

Ford is on a standard rookie contract that goes for four seasons.

Lloyd: How does this end? What is Hunt’s leverage if the Browns simply say no?

Jackson: Right now, his leverage is almost none. That, plus the timing and the delivery make this baffling.

Maybe in a few weeks, some team will be looking for a running back. But right now, the Browns have much more pressing issues and are trying to have something resembling a normal training camp. Now, we know this franchise has never done normal — but inside the walls and on the practice field, important business is taking place.

Hunt’s best shot for getting another payday is to score a bunch of touchdowns and punish a bunch of would-be tacklers, and he can do that starting in September. The Browns have no reason to give in to him now.

Here's how Democrats finally got it done.