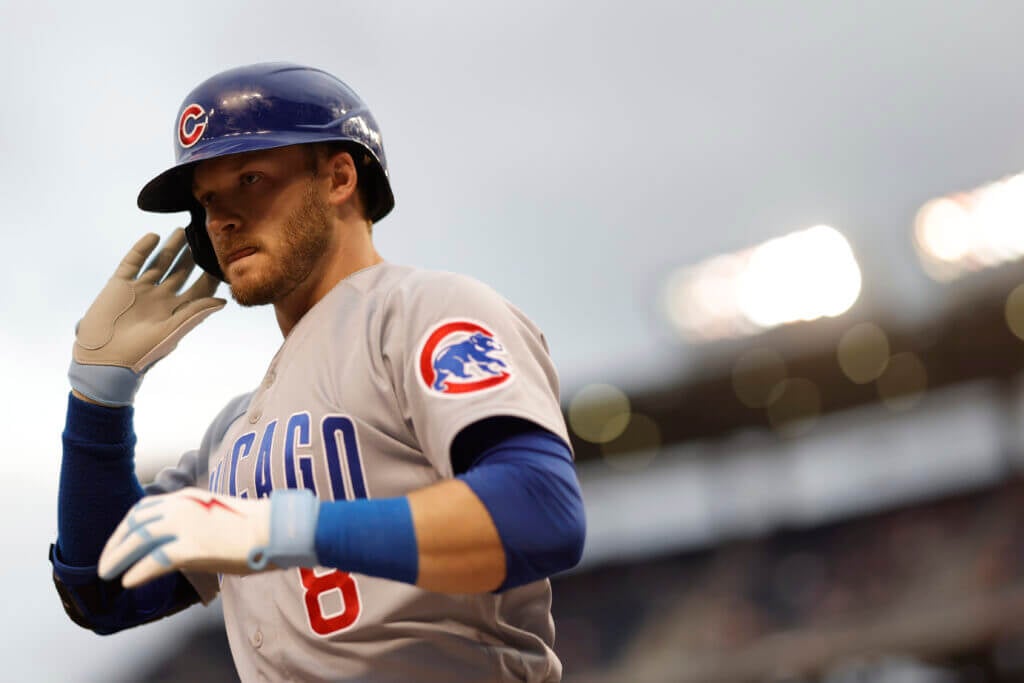 WASHINGTON — Nearing the 24-hour countdown until the trade deadline last year, Cubs president of baseball operations Jed Hoyer pushed to close the Anthony Rizzo deal with the Yankees before the team boarded a flight to Washington. After making so many connections in Chicago, Hoyer didn’t want Rizzo to find out on an airplane that he’d been traded to New York.

The next day, the Cubs traded Javier Báez to the Mets before he showed up at Nationals Park. Kris Bryant felt the anxiety while sitting with David Ross in the manager’s office, wondering if he would somehow be the one who didn’t get traded after years of rumors, which is basically what happened to Willson Contreras this summer.

Ian Happ was not the story on July 30 last year, hitting .181 when the trade deadline passed at 4 p.m. local time in Washington. Happ batted third in the Cubs lineup for that entire weekend series against the Nationals and went 1-for-12 with five strikeouts, showing that it’s never as easy as simply flipping a switch. To his credit, Happ maintained the right mindset, took advantage of the consistent playing time and carried the momentum from that strong finish last season into his first All-Star selection this year.

Happ didn’t earn a 2016 World Series ring and doesn’t have the same MVP/Gold Glove hardware that his ex-teammates collected. But at a certain point, the Cubs will have to slow down the roster churn and make more commitments instead of holding auditions. The Cubs clearly valued Happ higher than the playoff-caliber teams like the Padres and Blue Jays that put the switch-hitter on their radars leading up to the trade deadline. Otherwise, in the parlance of front offices that view players as commodities, there’s little doubt that Hoyer would’ve traded a short-term asset for a long-term asset.

“Part of our decision-making at the deadline was Ian is a guy who keeps working and keeps getting better as a player,” Hoyer said. “He’s made some real adjustments that have paid off both hitting from the right side and putting the ball in play more. I think he’s played really good defense in left field this year. We’re excited to have him going forward. That’s how we approached the deadline. We’re excited that he’s going to be part of this group moving forward.”

For how long? Looking out from the press box high atop Nationals Park at all the empty blue seats is a reminder of how quickly things change. The Nationals — after trading Juan Soto, Max Scherzer and Trea Turner within the last 13 months — are unrecognizable from the team that won the 2019 World Series. The Cubs haven’t won a playoff series since beating the Nationals in the wild elimination game that got Dusty Baker fired in 2017. The typical pregame scene of Washington insiders trying to get close to the Cubs — Joe Maddon once mingled with Supreme Court Justice Elena Kagan during batting practice here — was noticeably subdued before Tuesday night’s 7-5 win in 11 innings.

Happ, who remains under club control through next season, believes part of his value is tied to what he learned through his experiences during those years with the sky-high expectations that surrounded the Cubs. Durability is another underrated aspect of his game as Happ has been on the injured list only once in his career. But the true separator will be if Happ — who’s shown that he’s not an all-or-nothing hitter anymore — can maintain the contact skills and situational awareness without sacrificing too much power.

“The balance is the tricky part, right?” Ross said. “The expensive players are the ones that can do both.”

Power is an element that Hoyer’s front office and Ross’ coaching staff will want to add to next year’s lineup. There’s already some buzz within the baseball industry about how the Cubs really are going to spend big money this winter. While becoming a more well-rounded/less streaky player, Happ reached the All-Star break with nine home runs, and then hit his 10th, 11th and 12th home runs within three games in mid-August.

“It’s part of the game,” Happ said, “especially when you come into a season where the balls are a little bit different, not flying as well. Slug across the league is down, and we play in a little bit of a different environment at Wrigley where you have conditions. We haven’t had many good wind days. To be able to weather that with a lot of doubles (30) and the average (.281) being a little bit better — with all those little things — there’s give-and-take.”

Happ is an analytical hitter and an astute observer of the business side of the game. He has made fundamental changes to his swing, cutting down on his strikeouts, covering up some of his weaknesses and putting himself in a better position to hit the elevated fastball. Those adjustments combined with his age — he turned 28 last week — and his pedigree as a top-10 draft pick suggest that there is another level he could reach in the future.

“He was an All-Star, so whatever he’s doing is pretty darn good,” Ross said. “There’s also going into the offseason working on certain aspects of your game and having multiple clubs, so to speak. It’s being able to take your single when you can and also being able to take some risk. That’s something that you mature into. There’s moments in the box — and within the count and within the game — where you want to take a little bit more of a risk. And there are sometimes when you may want to kind of hedge your bets a little bit and play it safe. That’s easy to say from my seat, but the really good players can do that.”

Happ is already a good player and the Cubs need many more of those. The outfield picture is a bit fuzzy at the moment. Seiya Suzuki is signed through 2026. Hoyer informed Jason Heyward that he will be released from the final year (2023) of his contract. Christopher Morel and Nelson Velázquez are interesting rookies who can bounce around to different positions. The Cubs recently claimed Franmil Reyes off waivers from the Guardians to see if he could rediscover the swing that launched 37 homers in 2019 and 30 homers last season. Top prospect Brennen Davis is on track to make his big-league debut at some point next season (though that was also the assumption at this point last year). Alexander Canario, who was acquired from the Giants in the Bryant trade, is already on the 40-man roster and putting up big numbers at Double-A Tennessee (22 homers in 76 games).

That potential glut of outfielders — before even entering the free-agent market this offseason — doesn’t mean the Cubs should trade Happ or foreclose the possibility of signing him to a long-term contract extension. But it was part of the landscape as Hoyer weighed the options leading up to the trade deadline. With the Cubs playing for developmental purposes and individual reasons more than wins and losses, another strong finish could again reshape the perception of Happ.

“You get different things that kind of carry you throughout the year,” Happ said. “The body of work isn’t done until you get to the end of the season. Sometimes, you’re hitting the ball hard, but it’s on the ground and you got to find a way to work with that until the next thing comes. It’s having the confidence that it will come. I learned that last year. I went through a stretch where I hit (11) home runs through mid-August, and then I hit (14) in the last two months. I learned that from Rizz, too. Those things, they work themselves out. As long as you keep going and have the confidence in yourself, at the end of the year, the back of the baseball card is what it is for a reason. You got to believe that.”