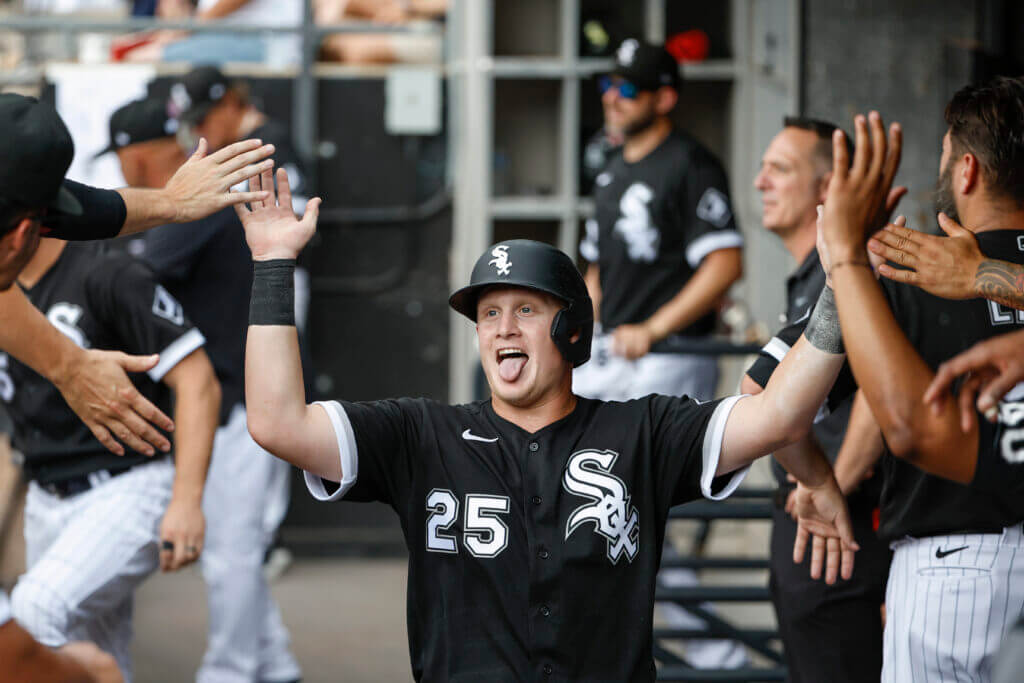 There were a number of rental players dealt at this season’s deadline who would have deepened the White Sox lineup or bullpen, but in summing up how Tuesday went by with nothing more added, general manager Rick Hahn spoke like someone who counted on there being a larger market of options.

It could surely grate on the Sox that Joc Pederson — their righty-mashing white whale — remains in San Francisco on an expiring deal, for a Giants team the Sox have scouted in recent weeks as it dipped further out of the playoff race. It probably grates less on Gavin Sheets, who has spoken since spring training with clarity about his role in balancing out the White Sox lineup with left-handed power. He flatly described his work this year as “below average,” a few days earlier, though after cranking his ninth home run of the season the night after the Sox did nothing to supplant him as a right field/DH option against right-handed pitching, Sheets is hitting .237/.299/.412 in 2022 when he has the platoon advantage. It’s not what it needs to be, but that’s a 103 wRC+ (three percent above league average total offense).

“I try not to think too much about it, but it is nice to kind of get it out of the way,” Sheets said Wednesday morning. “You know what we’re working with the rest of the season. I know my role. I  know bringing the left-handed power bat against righties is my job. They’re going with me. It’s good to know. It’s refreshing to know you can put the trade deadline behind you. There’s one goal right now and it’s to get to the playoffs.”

Sheets has hit .261/.320/.489 against right-handers since a two-week sabbatical at Triple-A Charlotte in June, which is more along the lines of exactly what the White Sox were hoping for (129 wRC+) from him coming into the year. His fixes have come from counterintuitive places, as he cited consciously looking to drive the ball pull-side as the mental key he needs to hit the ball to all fields. And despite the Sox already being last in MLB in walks, Sheets has spent over half the season tracing Yasmani Grandal’s footsteps near the top of the team pitches per plate appearance leaderboard and has felt it leading him astray.

“Being more aggressive early in the count and not taking as many pitches, as many hanging breaking balls,” said Sheets, on the heels of hitting a 1-0 curve out to right Tuesday. “The report had gotten out that I see a lot of pitches because I was one of those guys who would see four, five or six pitches in an at-bat. Which is good unless you’re getting down 0-2 every time and battling. I feel like I found myself in a lot of 0-2 counts, a lot of 1-2 counts. So for me, it was being aggressive, but not chasing. Just being ready to do damage immediately.”

It might similarly produce some head-scratching in Bridgeport that reliever Andrew Chafin, whom The Athletic’s Ken Rosenthal reported the White Sox pursued, remains on a Tigers team fighting to stay out of the AL Central cellar, even while he compiles a season that makes opting out of the last year of his contract a sound business decision. But part of dropping Jake Diekman into a clubhouse that was on both sides of his career-best 2020 campaign — Liam Hendriks was his teammate, and José Abreu grounded into a crucial double play against Diekman in the 2020 wild-card series against the A’s — is that none of his new teammates are discounting his ability to be more than a lefty specialist based on this year’s control problems in Boston.

Coming in immediately, working on back-to-back days and striking out two-thirds of the batters he faced in two perfect innings is probably also good for acclimation purposes and as an initial testimony that the Sox can harness Diekman’s stuff.

“There’s probably four, six outings that I would rather have back,” Diekman said of his season so far. “Just being super consistent and hitting your spot and missing at the right side of the plate. Take those back and I feel great. When I attack, I know what type of pitcher I am.”

“I think a lot of people would agree that we’re similar in the same right to where when we’re in the zone, we’re very, very effective,” said injured White Sox reliever Aaron Bummer, who still hopes to return next month.

Manager Tony La Russa said Tuesday that rookie lefty Tanner Banks is more practiced as a starter, so using him like the more experienced short reliever Diekman was never a preferred long-term fix. And a left-handed-heavy Royals batting order provided a very immediate opportunity for Diekman to look devastating with his sweeping slider out of a funky lower three-quarter slot. As a fellow Nebraska resident, Diekman trained and threw alongside Bummer during the 2020 shutdown, and served as an initial model for Bummer adding a sweeper of his own, albeit with a personalized grip.

That process can be replicated in due time, which Diekman has thanks to a contract that could keep him in Chicago through 2024.

“We’ve been kind of talking to Tanner about a bigger sweeping slider as well,” Bummer said. “Me, Jake, a couple guys were just talking to Tanner about different grips to get a bigger slider to throw to the left-handers and then he went out there and threw it a couple of times (Tuesday). After the game, there were three guys and we were hovering around iPads watching Tanner’s new slider. It’s just got something where you know he’s been working on it, and it’s cool to see different people’s inputs.”

“Start winning some games, that’s when the swagger comes back,” said Lance Lynn. “It’s hard to have swagger when you’re playing like shit, to be honest with you.”

The White Sox are 7-3 in their last 10, so perhaps that will be a little swaggy going forward.

But it would be dishonest if the prevailing takeaway from the White Sox ineffective trade deadline was that Sheets is tasked with carrying or sinking the offense’s performance against right-handed pitching by his lonesome. This team’s core has to fix things itself. The Sox are two games over .500 for the first time since the 10th game of the season. And the more striking elements of that are that they’ve entered a month where José Abreu has a .607 slugging percentage for his career, Lance Lynn’s velocity is ticking back up after knee surgery, and Eloy Jiménez has gone from being a featured item in weekly injury updates to the “we have Eloy Jiménez and you don’t” type of middle of the order talent again. Two years of separation made it easy to forget.

“When you’ve played two games and then you’re back to the bench, it’s hard to get the rhythm,” Jiménez said. “But now that I can play every day, I feel better and I’m getting my rhythm back.”

A nine-game hitting streak where Jiménez has gone 16-of-33, with what would be more than five extra-base hits if he was close to being able to run at top speed, has quickly dragged his wRC+ to 123 — the best since his Silver Slugger campaign in 2020. It’s not a trade acquisition, and the Sox are one injury away from newly lamenting why they didn’t add more depth at multiple opportunities. But with 11 more consecutive games against losing teams and Luis Robert returning Thursday, it could be a while before the shortcomings of Aug. 2 are felt.

“We’ve got all we need here,” Sheets said.