Where would Alabama’s offense have been in 2021 without Bryce Young? The Heisman Trophy winner proved his most-valuable status in several games and in different ways.

The Crimson Tide needed every yard and touchdown pass against Arkansas. They needed the last-minute drive to get the Iron Bowl into overtime and a perfect two-point conversion pass to win it. And he essentially won the Heisman Trophy with his performance against Georgia in the SEC championship game. His worth is proven.

It’s also well established how much Will Anderson means to the defense. His historic sophomore season started national discussions about whether or not a defensive player is worthy of the Heisman. His value is also written in stone.

But in an exercise that removes both Young and Anderson from the discussion, who’s next? Meaning, if you take both out of the equation, who are Alabama’s most valuable players? Like most everything in college football, which for a long period in its history crowned “mythical” national champions, this is subjective. There’s solid rationale for the following two selections — one on both offense and defense — but my selections will not be universally agreed with. That’s just college football. With that said, let’s start with defense.

There’s a good case to be made that senior safety Jordan Battle should hold this title on defense. You’d get little pushback from me with that. Battle has plenty of experience, he’s a good leader and he’s a pretty good player in his own right.

Another name I think you have to kick around is Dallas Turner. He plays opposite Anderson and his potential is yet untapped, although we got a pretty good indication of how good he can be when he came into his own last season after being forced into action following injuries to Christopher Allen and Drew Sanders.

I landed on To’o To’o for a variety of reasons, not least of which is he’s the signal-caller in the middle of the Crimson Tide’s defense. It’s no coincidence that Alabama’s defense turned in a bounce-back performance in 2021, the same season in which To’o To’o transferred in from Tennessee. That’s not the sole reason, but there’s a correlation there that I don’t think can be ignored. 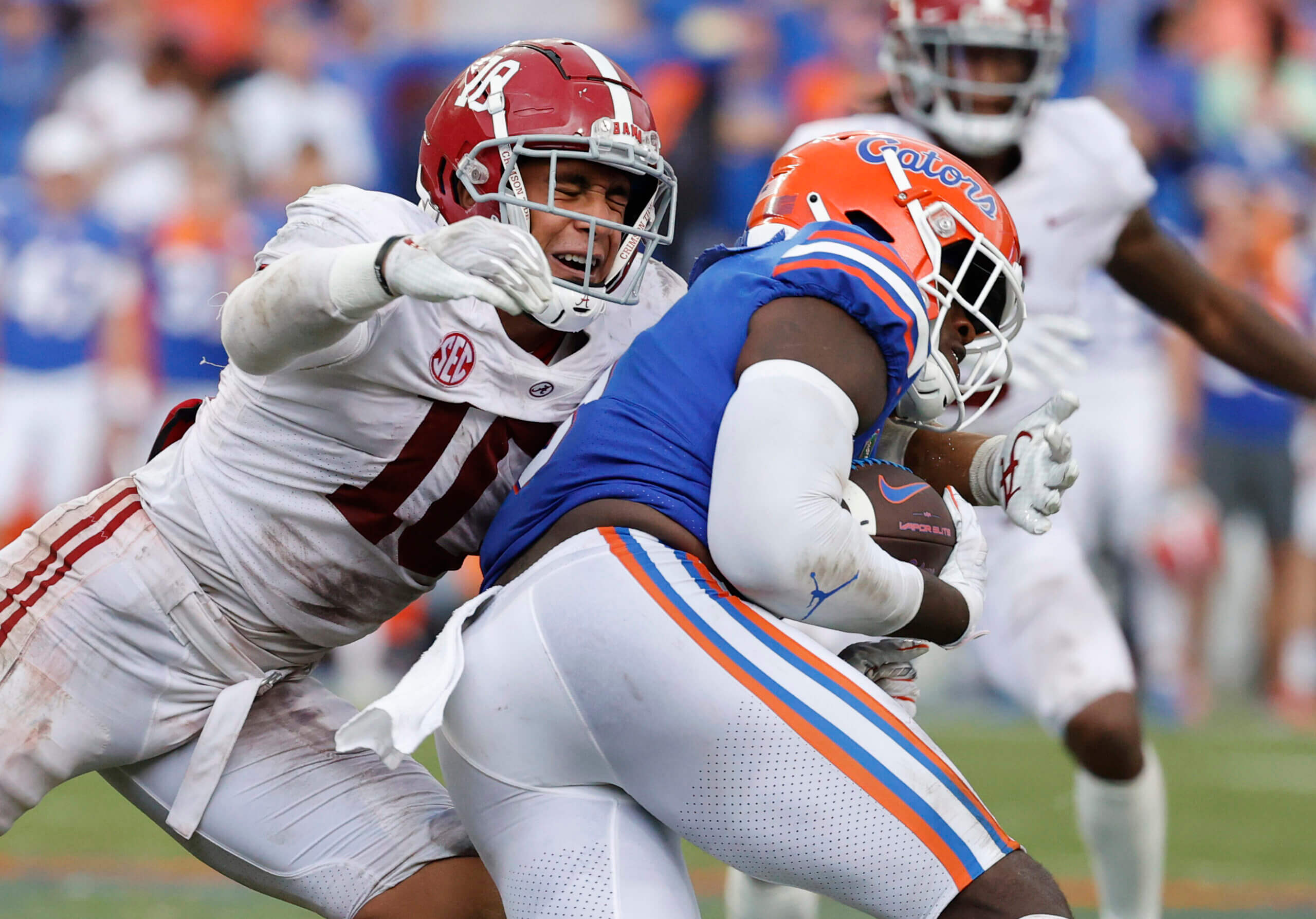 Getting the call into players in a timely fashion falls on the coaching staff, but relaying it and making sure teammates understand it falls on the player who calls the defense. I don’t need to remind fans that it was an issue a few seasons ago that showed itself again and again.

Christian Harris was in line to do that last season, but he felt more comfortable handing the responsibility over to To’o To’o. That move was good for both players. It helped To’o To’o come in and earn immediate respect from his teammates and it allowed Harris to use his athleticism to make plays.

That’s another reason To’o To’o heads this list: He’s widely respected in the Alabama locker room. There’s always a little anxiousness when a player comes in from another team. Think of it like this: He took a starting job away from another player, a player who’s been in the locker room longer. That has the potential to sew discord. But that didn’t happen in this case because of the way To’o To’o handled his business.

He’s a good teammate and a good leader. His toughness was on display multiple times last season. He played through pain and discomfort, which is something teammates pick up on and respect. The Alabama training staff was never going to continue to let him play if it was detrimental to his health, but in times when it was just a pain or discomfort issue and nothing else, it was tough to keep him off the field, multiple sources told The Athletic.

He’s a player who could’ve gone pro after last season. He wasn’t a projected first-rounder and he saw areas in which he could improve his stock, so he made the decision to come back. The Crimson Tide defense is better for it.

He’s made himself valuable by his play on the field — he led the team with 112 tackles — which helped establish his value off it. That’s why he’s at the top of this list on defense.

This one will likely turn some heads, but I need to reinforce the premise of this story: It’s attempting to identity Alabama’s best players not named Young and Anderson. Clearly, Young is the most valuable and irreplaceable player for UA. But the running back who’s never played a game for Alabama might be next in line, at least from an offensive perspective.

That might seem presumptuous, it might read hasty, but it’s warranted. The elusive transfer running back from Georgia Tech is going to hit the field running this season. He finished third in the nation in all-purpose yards per game for the Yellow Jackets last year. He was the “it” player of Alabama’s spring with report after report spilling out of Tuscaloosa about his performances. We even got a little preview with his 75-yard touchdown run against the first-team defense in the spring game.

I think he’ll lead the team in yards from scrimmage this season as RB1 and a solid receiving option out of the backfield. He’s faster than you think he is. He’s quick-twitch, too. He’s the total package for a college football running back, so you might as well commit to memory he wears No. 1. That should be easy to remember.

He makes this story because of his potential and because of what Alabama’s offense is. The talent at wide receiver, while still good, isn’t what it’s been in recent seasons, so reliance on the running game will be all the more important. Brian Robinson is gone and Jase McClellan and Roydell Williams are coming back from serious knee injuries. Gibbs is going to the top option in the backfield this season.

It’s tough to give a player this designation based on projections, but when you hear how those around the program talk about him and how often his name is mentioned, it becomes clear rather quickly that he’s not just a transfer player.

Think back to how much Jameson Williams meant to the 2021 Crimson Tide offense. Gibbs will be that and potentially more. Not that he’ll be the home run threat that Williams was — although that long touchdown run in the spring game shows you he’s capable of that too — but he’ll be a consistent chain-mover and a consistent threat to pop runs of 20 or more yards too. He’s going to be a nightmare matchup problem for opposing defensive coordinators.

Had Evan Neal returned for his senior season, he would’ve been the selection here for me. The inconsistency of the offensive line is well documented, and having one of the best left tackles returning is something that’s hard to put a value on. But there isn’t an offensive lineman yet who Alabama couldn’t live without. We’ll learn more as preseason camp opens and we get closer to the season, but the search for the five best will be the dominant storyline of camp.

A case could also be made for Georgia transfer Jermaine Burton. A rebuilt wide receiving corps is expected to be led by Burton. He’s by far the most productive receiver on the roster. But not much is known about how that unit will produce this season, although having Young throwing the passes makes it a lot easier.

It’s Gibbs who has everyone most excited. Alabama’s had some special backs throughout its history, including two Heisman Trophy winners. No one is predicting any individual awards this soon, but Gibbs will mean a whole heck of a lot to the Crimson Tide.