How did it come to this? And where do Sunderland go from here? Those are just two of the many questions a baffled Wearside public were asking on Friday in the wake of Alex Neil’s abrupt and unforeseen departure for Stoke City.

Immediately after Michael O’Neill’s dismissal as Stoke manager on Thursday morning, there was no indication from Neil that he was contemplating his departure from fellow Championship side Sunderland.

The players had a day off and Friday morning’s pre-match press conference for today’s lunchtime game at home to Norwich was in the diary. But on Thursday evening, some at Sunderland began to wonder about Neil and Stoke.

There was a sense something had changed and that was confirmed early yesterday when the 41-year-old Scot reported as usual to the training ground only to deliver the news that he wanted permission to speak to Stoke. His 9am press conference was first pushed back to 2pm, and then cancelled.

Neil still took training, prepared the players for Norwich and the starting XI today is likely to be his selection. But he then addressed them to let them know of his intention to leave for Stoke.

The players were shaken. They know and appreciate the work Neil has done since his appointment in February, taking over a flat-lining League One team and turning them into Championship players via a play-off final win at Wembley.

Sunderland as a club were also shocked, not just by the news but by the timing of his decision, 24 hours before a game – alt,hough on a different level, the club must know they are vulnerable to richer predators.

This new version of Sunderland under the majority ownership of Kyril Louis-Dreyfus are a club determined to be sustainable economically and the drive for sustainability affected Neil in two ways – his salary, and his spending power in the transfer market.

The first should never be underestimated – this is professional football and money matters, both as income and as a symbol of status in an industry where many assessments of success are based on earnings.

Neil will be a wealthier man as Stoke manager than had he stayed at Sunderland.

We do not know exact figures but The Athletic understands that when Neil and others were being interviewed by Sunderland following Lee Johnson’s dismissal seven months ago, the salary on offer was approximately £350,000 per annum. That’s around £7,000 a week. They were a League One club.

After guiding Sunderland to promotion, Neil’s salary went up too. He was given new terms in a rolling one-year contract.

Industry insiders contacted yesterday said they would not be surprised, even with Stoke’s ongoing FFP restrictions, if Neil is doubling, perhaps trebling his salary with this move down to the Midlands. There will also be bonuses for promotion and for making the play-offs. These financial details matter.

Sunderland cannot and will not match those sums, though they did make a counteroffer once Stoke came in.

Neil wanted, and wants, the here-and-now. He wants experience. He told The Athletic recently that when he took charge of his first Sunderland game, on February 12, “the team was a bit young — our average age was 21-point-something; the average age of promoted teams is between 27 and 29”.

His own history of promotions with Hamilton Academical in Scotland in 2014, Norwich a year later and now Sunderland informs Neil’s thinking. It is logical and at Stoke, he has a greater chance of immediate success. There is more depth to a squad capable of making a mark on a wide-open Championship. Sunderland’s ambition this season, meanwhile, is to just stay in it, then think about next season.

In contrast to experienced 27-year-olds, Sunderland this week signed an 18-year-old Costa Rica international, Jewison Bennette. The transfer fee is unlikely to be large. How the teenager acclimatizes to Wearside is uncertain but Bennette will go to the World Cup with his country, who are in the same group as Spain, Germany and Japan. By Christmas, he could be seen in a different light.

The two approaches – the club’s and the manager’s – were not always, in football’s current favourite word, aligned.

It raised the question of whether Neil felt Sunderland were having ‘a real go’ back in the Championship.

Ten days ago, he said: “I can’t knock on the door anymore – there’s probably no door there anymore because I’ve pretty much bust it down.”

Sunderland had lost a key summer signing – Daniel Ballard from Arsenal – to injury and Neil was seeking a solid, experienced replacement. Ballard is 22.

Another central defender, signed from West Ham in this window, is Aji Alese – he is 21. Jack Clarke, recruited permanently from Tottenham after last season’s successful loan spell, is also 21. So is striker Ellis Simms, brought in on loan from Everton. Edouard Michut, a Paris Saint-Germain midfielder Sunderland are interested in, is 19. 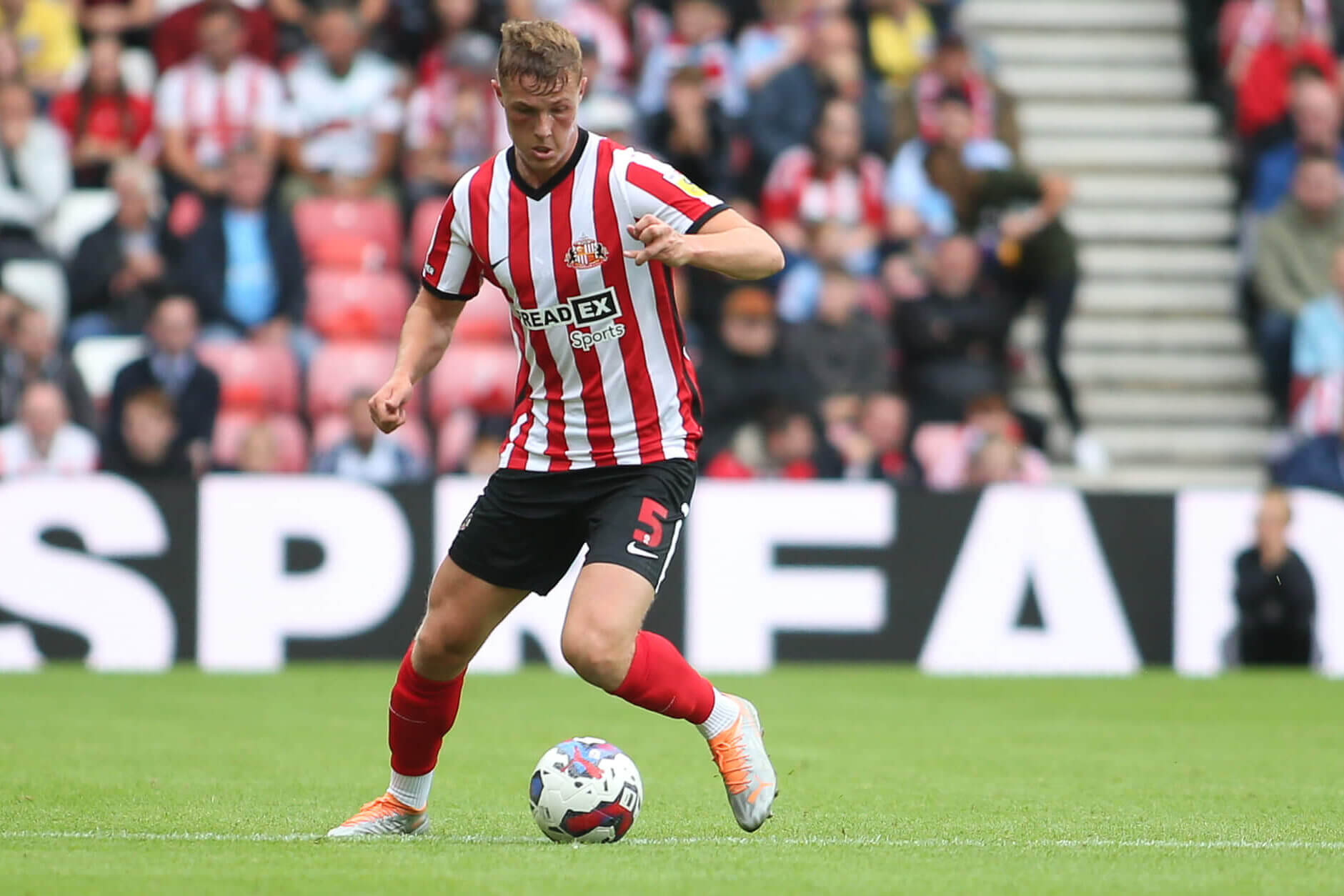 This is a different kind of club, as explained by chief operating officer Steve Davison last month: “We are having a real go — I do think that’s something that needs to be understood — we’re just not doing it the way everybody else is doing it.

“A real go is what we do in the long-term, not the short-term…

“What people need to understand is that in the model we’re adopting, you go through incremental progression based on financial sustainability. We have an absolute ambition to never put the club at risk through inappropriate spending. We want to invest in players we can add value to.”

An added geographical factor in Neil’s departure is that his family home is near Preston, another of his former managerial stops and just over an hour’s drive north of Stoke. He did not relocate up to Wearside.

The rolling contract may not have brought a sense of security. But it could be part of the club’s thinking about what happens next.

Ideally, they would like a club-builder as head coach and that would require someone to stay for a length of time. Some of those interviewed by sporting director Kristjaan Speakman in February may well come back into consideration.

The buy-out clause Stoke have met will bring some funds in to put towards the next manager’s wages, but presumably the club will try to act quickly after February’s prevarication, when they lost two winnable games in the week after Johnson’s removal having had no one lined up. That was a situation they created for themselves; this, though, has been foisted upon them at short notice.

Today, Sunderland welcome Norwich in what would have been billed as an Alex Neil derby, but the man who led the Carrow Road club for two years from January 2015 will not be there. Wednesday brings Rotherham to town and just over 24 hours after that match ends, the transfer window closes. On Monday week, there is a derby trip down to Middlesbrough.

Fans who have stayed with the club through the four years in League One that ended in the joy of that Wembley win over Wycombe Wanderers are frustrated and disappointed.

There is an echo of Sam Allardyce’s summer 2016 departure to manage England at a moment when it felt Sunderland were on the up.

They went into a downward spiral after that, much of it captured by the Netflix cameras.

Season three would be an interesting watch.

Best ingredients and appliances to save cash when cooking | Energy bills