The last time we got together, it was on the precipice of the WNBA playoffs, and a wild final week of the regular season meant everyone was showing off and showing out. Both on the court and off.

Welcome to the WNBA semifinals! The Chicago Sky, Connecticut Sun, Las Vegas Aces and Seattle Storm all welcome you to what will be an even wilder ride. How can that be after the New York Liberty pulled off a massive upset in Game 1 to force a three-game series with the East’s top seed?

On Sunday night, both of the lower seeds pulled off narrow, helter-skelter victories on the road. Sue Bird and the Storm continue their fight to reach another WNBA Finals and to give the legend the swan song she deserves. The Sun are one game closer to dethroning the reigning champs. And when a team plays that well, you know they came in dressed to the nines before tip off.

Another future Hall of Famer preparing for her retirement, 23-time Grand Slam singles champion Serena Williams, said it best: “You can’t play well if you don’t look good.” So without further ado, let’s get into these semifinal fits.

If I may just say, the Sun — as a team — are top two, and not two, when it comes to the color coordination of the 1s with their fits. I’m looking specifically at Courtney Williams, Nia Clouden and Brionna Jones. I absolutely love the asymmetrical fit that Jones has on, too, with the dark brown crop top and pairing it with the lows.

For the semifinals, we wear pink

. I pray that y’all know the movie I’m referencing — it’s a classic! Hamby, you’re doing amazing. A pink and tan color way from head to toe? Ma’am, no one told you to go off like this, please. 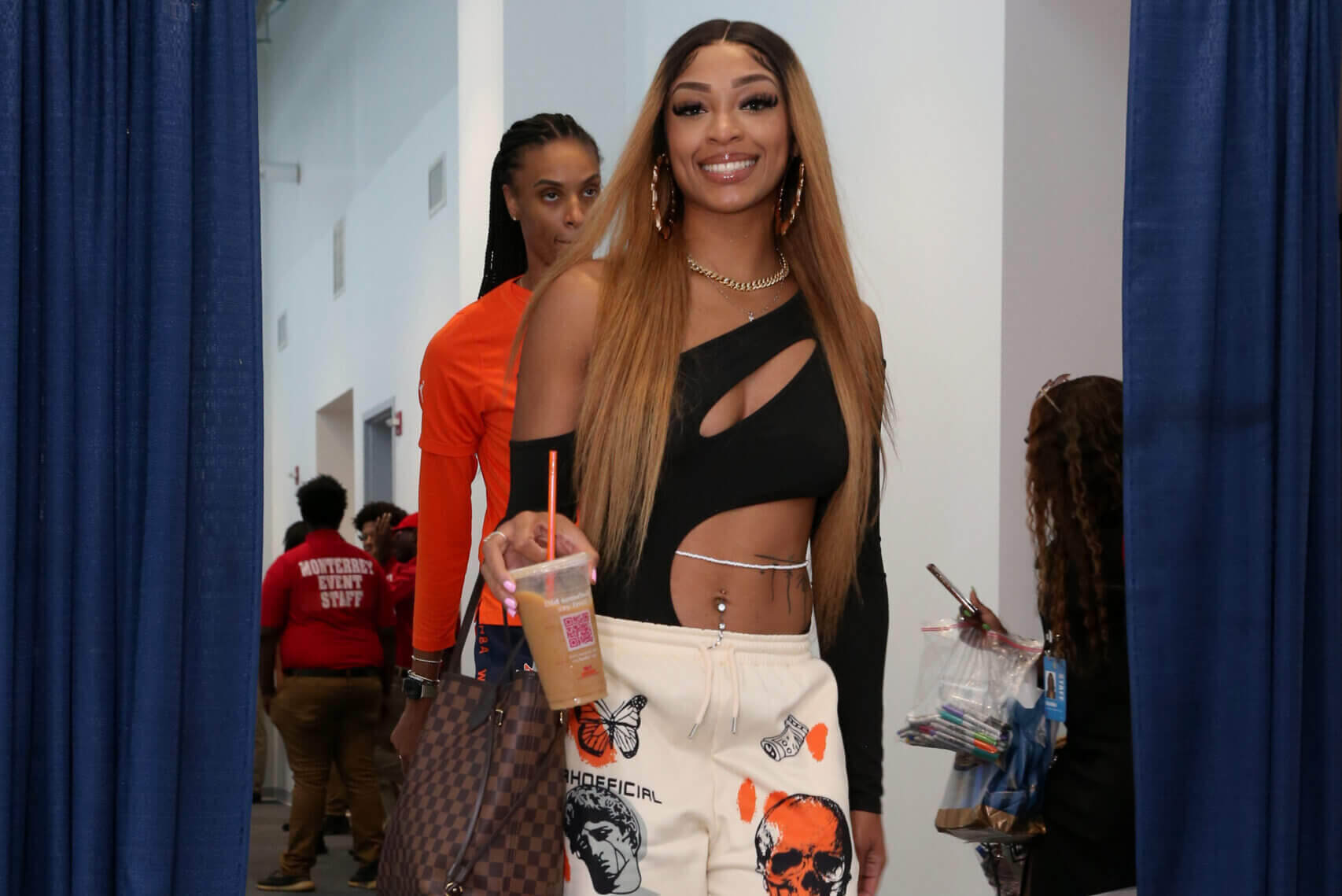 DiJonai Carrington enters the arena before the Sun beat the Sky in Game 1 of the semifinals. (Gary Dineen / NBAE via Getty Images)

Carrington clearly runs on Dunkin. But my only question is ma’am, where did you get the sweatpants? The people want to know.

One of the things the game of basketball will miss with Bird’s impending retirement is her willingness to use her platform and catwalk to say something meaningful. In this case she spun the block, entering the stadium with a shirt that read, “If you’re not angry, you’re not paying attention,” and then stepped on the hardwood with a shirt that read, “You can still get an abortion in all 50 states.” Two months ago, the landmark case Roe v. Wade was overturned nearly 50 years after the 1973 case set the framework for protecting one’s right to choose an abortion in the United States. When people talk about making a fashion statement, these kinds of outfits speak volumes.

Y’all know we had to rep the birthday girl 🥳#skytown pic.twitter.com/AvA7Oce8Is

Get you a Virgo I’m telling you!

∗ Siri, play “Virgo’s Groove” by Beyoncé ∗ I’m personally biased on this one, but y’all should listen to Kahleah Cooper about getting with a Virgo. LOOK AT THE DRIP. An all black-and-white fit, plus all of her teammates wore a shirt with her name on it?! C’mon now! Cooper dropped 13 points and added three rebounds on her golden birthday.