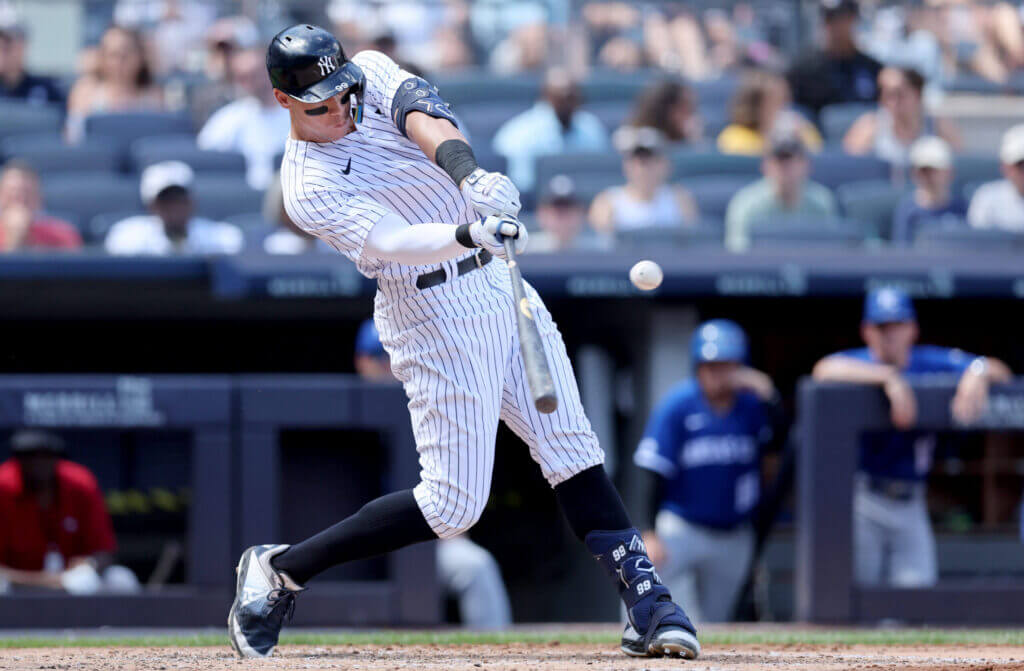 In 1994, novelist and essayist David Foster Wallace wrote an essay about the ghostwritten memoir of Tracy Austin, a former tennis player who won the U.S. Open twice and was once ranked No. 1 in the world.

The piece, “How Tracy Austin Broke My Heart,” is on its face a skewering review of yet another sports book filled with clichés but no substance, but is more broadly a meditation on the fascination with athletic success and the way athletes articulate — or struggle to articulate — what it takes to achieve greatness.

“Top athletes are compelling because they embody the comparison-based achievement we Americans revere — fastest, strongest — and because they do so in a totally unambiguous way,” Wallace wrote. “Questions of the best plumber or best managerial accountant are impossible even to define, whereas the best relief pitcher, free-throw shooter, or female tennis player is, at any time, a matter of public statistical record. Top athletes fascinate us by appealing to our twin compulsions with competitive superiority and hard data.”

Yankees outfielder Aaron Judge has produced a variety of attention-grabbing statistics this season, be it his near-.300 batting average, his 70 percent hard-hit rate against fastballs, his career-high 10 stolen bases or his 52 games started in center field thus far.

None of these numbers makes Judge’s success as “carnally discernible,” as Wallace wrote, as his home run total entering Aug. 1 — 42 longballs in 100 games played — and the way he has a real chance to hit 60 or 61 home runs by the end of the regular season.

Home run records, and the historical chases for them, are undeniably one of the most fraught elements of baseball history. Roger Maris struggled so badly under the weight of attention and his own desire to break Babe Ruth’s single-season MLB record of 60 home runs that he began losing clumps of hair. (He got there, hitting 61 home runs in 1961, but at an onerous emotional cost.)

Maris’ record was eventually broken (over and over again) in ways that were both invigorating and disillusioning to the game and its observers. The sport was revived in 1998 when Sammy Sosa and Mark McGwire raced for 70 home runs that summer, an exciting national fascination that looks different with the knowledge that MLB allowed the steroid issue to run rampant under its watch. Barry Bonds blew them away by hitting 73 home runs in 2001, and to many who revere the game, Henry Aaron’s 755 home runs is still considered the all-time mark given what Bonds was willing to do to hit 762.

In 1961, the Yankees failed to protect Maris from the onslaught of media attention, allowing their right fielder to answer questions ad infinitum as he pursued Ruth’s record.

“His hairline is tremendous,” Yankees manager Aaron Boone said of Judge on Sunday, referencing Maris and his outfielder’s ability to stay steady under the increasing attention on his home run rate.

Yet for all of the drama that has and will always come with a player chasing a home run benchmark or team record, it is undeniable that watching Judge slam well-timed home run after well-timed home run this season has been nothing short of exciting, and the anticipation of his final home run total creates a remarkable storyline to follow amid a season in which Judge and the Yankees are already generating a lot of buzz.

Judge is likely to become a free agent after this season, and his future with the organization is in doubt. At the same time, he’s building a case for American League MVP while leading the Yankees on another contending run. At a time when there is no shortage of topics to gawk at when it comes to the New York Yankees, Judge’s home run pace is breaking through the rest of it.

On Friday evening, after Judge hit two home runs — including a grand slam — Boone sat down for his postgame news conference and answered a question before it was even asked: “He’s amazing.”

At no point during his follow-up comments on Judge did Boone use his player’s name or a qualifier such as “No. 99” that would specify to whom he was referring. He didn’t need to hear the inevitable question, he didn’t have to say the name “Judge.” The season he has put together has made it so that what is obvious can be left unspoken, but at this point, after every home run, Judge stands in the center of the clubhouse to speak.

“Team’s doing great,” Judge said Friday night when asked if he agreed with Boone’s assessment that he was “amazing.”

The next afternoon, after hitting another home run — the 200th of his career — Judge said he intends to “just keep my head down and help this team win games. At the end of the year, we can talk about what I finish at.”

Judge has successfully dodged every question about his home run pace this season just as successfully as he has performed in a way to prompt those questions. In Baltimore recently, he brushed off questions about what the 60-home-run mark means to him, or what number of home runs would be meaningful to him. Asking Judge about his home run pace this year requires a type of deliberateness that can send a reporter briefly into the headspace of a pitcher facing him this season: You can do your best to execute your pitch, but he’s going to respond on his terms, not yours.

Wallace wrote that “great athletes usually turn out to be stunningly inarticulate about just those qualities and experiences that constitute their fascination,” and the answers to questions about Judge’s success this year are consistent, though unsatisfying in their lack of tangibility.

“He’s just a better, more experienced hitter now,” Boone said Sunday in response to a question about how Judge has generated more consistent home run outcomes from a frame that always indicated this type of power-hitting season was possible. “I attribute that to him being a guy who is in the prime of his career, but also — as we’ve talked about a lot — has been able to apply his major-league experience really well. It’s led to a more well-rounded hitter, a better, consistent quality of contact, and when you add in his size and power, when you’re making good contact for him, that’s a lot of times gonna lead to home runs.”

Recently, this publication attempted to explore the concept of “applying major-league experience really well” in a lengthy story about Judge’s approach to his daily preparation. Still, the conclusion remains unsatisfying because it implies a linear approach has led to sharp upward success in a game where remarkable outcomes are often generated by remarkable changes. Athletes and their coaches are oftentimes inarticulate by design; they gain very little by sharing their secret sauce and stand to lose a lot. As such, the consistent answer given by Judge and those around the Yankees this year is that he is just a better, matured hitter. In a sense, the outcomes this year may actually reflect what might have always been expected of a disciplined hitter with a physically evident propensity toward raw power.

Really, Boone’s best descriptions of Judge’s season have been the most simple: “It’s stupefying,” he said Sunday, possibly realizing how often he’ll need to surface a similar synonym if Judge continues to bash balls over the outfield walls.

In his essay about Austin, Wallace noted that although deflections and imprecise explanations of athletic success become trite or irritating for some fans who are invested in the “why” beyond the “what,” observers will keep seeking those explanations because of “some deep compulsion both to experience genius in the concrete and to universalize genius in the abstract.”

“Real indisputable genius is so impossible to define, and true techné so rarely visible,” he wrote.

The genius of Judge’s season is difficult to articulate in the abstract, but there may be no marker of success in baseball considered more illuminating and concrete than a home run record. Judge says he’ll keep his head down until he gets to the end of the regular season, but by the time his home run total is finalized, the figure will speak for itself.