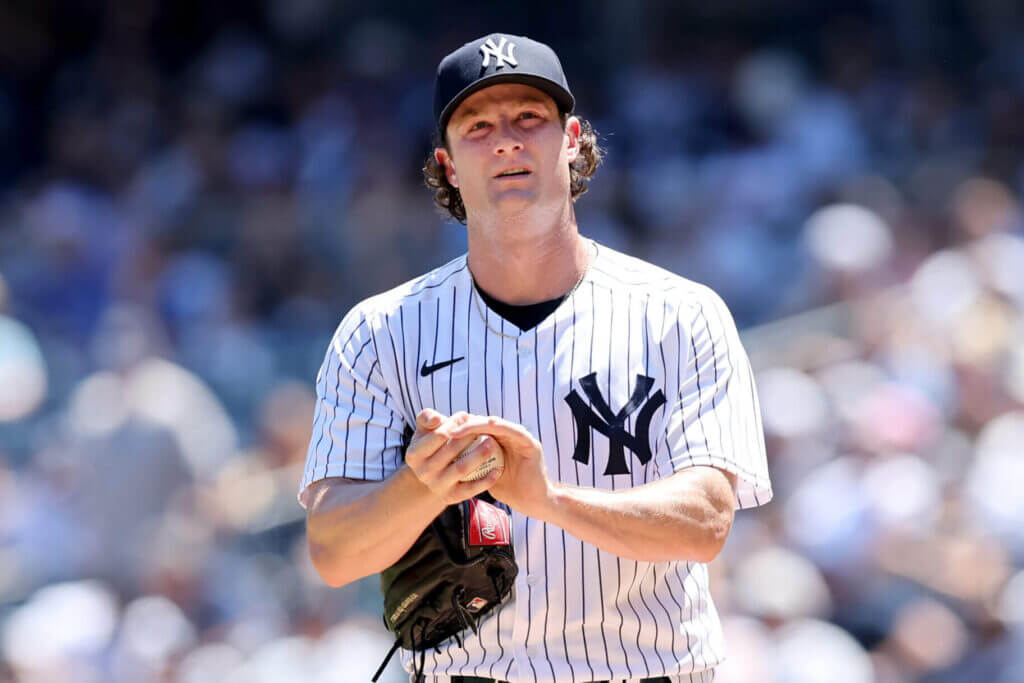 Gerrit Cole has run into one particularly frustrating and consequential problem in recent outings: Allowing opponents to tee off on him in one big inning that ruins what would otherwise be a strong start for the Yankees’ ace.

Cole walked off the mound after a six-run, three-homer first inning against the Seattle Mariners at Yankee Stadium on Wednesday, then returned to throw five scoreless innings to complete his day.

“I have a pretty vivid recollection,” Cole said after the Yankees’ 7-3 loss to Seattle. “I think it’s sometimes easier to remember the bad stuff than it is the good stuff. But there were bad pitch selections. Some bad pitches. And we got punished for it, again.”

Wednesday marked Cole’s third start in a calendar month in which he had allowed at least five earned runs while completing six innings. As he dissected his performance against the Mariners for over 10 minutes on Wednesday evening, it became clear that he feels a need to recover better mid-inning in his starts down the stretch.

Two-and-a-half years ago, Cole quoted tennis legend Billie Jean King as he was introduced to the public for the first time as a member of the New York Yankees.

“Pressure is a privilege,” he said shortly after buttoning up his new pinstriped jersey.

If being held to high expectations — and holding himself to what may be an even higher bar — feels like a blessing to Cole, then the Yankees’ recent pitching moves ahead of the August 2 trade deadline will only enhance that sentiment as New York makes its firmest push for a World Series championship since the right-handed hurler signed with the Yankees on a free agent mega-contract in December 2019. They have a quality rotation with little margin for error due to depleting their depth in trades over the last week. As the anchor of the rotation, Cole needs to be the Yankees’ most reliable starter, but recent performances have shown him to be inconsistent and volatile.

“We got to gotta find a way to just, when you’re going through a little struggle there, to obviously limit some damage,” said Yankees manager Aaron Boone. “That’s hurt us from time to time here of late.”

Now a 2-run HR for Jared Kelenic. Third of the day for Seattle.

Mariners up 6-0 with 1 out in the first inning.

Yankees bullpen is getting loose.

Wednesday’s outing, along with a few others in recent weeks, have come just one fatally bad inning shy of helping Cole meet at least the external expectations on him as the Yankees’ ace.

Cole’s poor early-game performance was made more dramatic by the Yankees lineup having to come out behind him to face Mariners right-hander Luis Castillo, who Seattle acquired from Cincinnati last week as the top starter available on the trade market. The Yankees mounted 5 hits and 3 runs on Castillo in the loss in the Bronx on Wednesday.

The Yankees have staked a season they hope will end with a World Series championship on a rotation of Cole, Frankie Montas, Nestor Cortes Jr., Jameson Taillon, Domingo Germán, and the upside that they can get from Luis Severino when he is expected to return from a long injured list stay in September. Severino is the expected late-season addition; until then, their best option to bolster the rotation would be right-hander Clarke Schmidt, who is in Triple A to get stretched out to multi-inning usage again.

It once looked as though the Yankees would approach the Aug. 2 trade deadline with a plan to add upgrades to the middle of their roster to increase the quality of production they could get from the back end (currently Germán as a fill-in for Severino). Then, the decision to trade Jordan Montgomery to St. Louis for injured outfielder Harrison Bader made it so that the final maneuvering turned out to be a move to upgrade Montgomery to Montas while eating away at pitching depth and leaving the back end exposed to volatility.

In the absence of a reliable cushion in the Yankees’ rotation, there is now even more pressure riding on New York’s front-end starters. Montas, who is expected to make his first start for the Yankees on Sunday in St. Louis, will face high expectations after being heralded as the second-best starter available on the trade deadline and the only external acquisition the Yankees made for the rotation.

Ultimately, the most added pressure will fall on Cole, who has a 3.56 ERA over 131 1/3 innings in 22 starts this season. In 14 of his outings, he has pitched at least 6 innings and allowed 3 or fewer earned runs. Conversely, he has allowed 5 or more earned runs in five starts this season.

His appearance against the Mariners on Wednesday embodied both the best and worst of what Cole has to offer. The six-run first inning was the most consequential of his career; the next five innings looked like easy work for a natural ace. The strong bulk of his day hardly would indicate to an uninformed observer that he’d suffered a 36-pitch implosion to start his outing.

“Kyle (Higashioka) and I spent a lot of time this week trying to figure it out,” Cole said, reflecting on his six-inning, five-run outing against Kansas City last week. “We wanted to get into a situation where we were trusting our instincts more so we can be a little less predictable. Maybe we overdid that in the first (on Wednesday) with all the curveballs. Clearly, they weren’t working. Maybe after the third or fourth one, we should have gone a different direction. Then after that, we also wanted to communicate in the dugout so that we were on the same page. Part of our goals this week was to try to trust instincts more and make sure that we communicate so that we’re on the same page between innings.”

There is virtue in recovering well, but in a 10-minute, thorough breakdown of his performance against Seattle, Cole made it clear that his goal is to “stay on the same drumbeat of just trying to get better every week,” and the next step to doing so will be to figure out how to recover amid a bad inning instead of in the dugout during the half-inning immediately following his escape.

“Maybe there’s a bit of like, take a step off. Regroup. Have a conversation with the catcher,” Cole said. “We’re definitely gonna dive into that aspect for sure. We kept communicating as the game went on, and we kept pitching really well.”

Cole’s rough innings can also be a reflection of his catcher, Kyle Higashioka, who said Wednesday that learning how to help his pitchers settle down during a bad inning is an area of improvement for him.

“That is definitely something I need to work on, in terms of getting guys out of that big inning, because that’s what killed us in the past few games,” Higashioka said Wednesday. “Take away the one big inning and we win most of those games, or it’s just easier for us. It’s a matter of, I think, maybe trust in knowing that we have a Plan B as well.”

The Yankees have an 11-game lead in the division and still some cushion for Cole to make improvements on his issues with blowup innings over the last two months of the season, but the nature of the tendency is inherently concerning when considering the way things could go wrong for him and the Yankees in a postseason performance.

Prioritizing the reduction of this issue is an important project for Cole as he makes his remaining starts for the season, but solutions still seem difficult to trust: If he could be ambushed once, he could be ambushed again. At this point, Cole’s biggest weakness as a Yankee has been revealed to be a curious predilection to getting ambushed in one incurable inning that sinks his performance and the Yankees’ day.

The Yankees appear to feel fine proceeding toward the postseason with Cole and Montas as their top starters and Cortes as their most reliable starter who has already thrown more major-league innings this year than in any full season prior. Severino is a high-upside option who will miss at least two months of major-league action and Taillon has been recently erratic without much linear progress shown toward a bounce-back. Germán has a lower ceiling than the rest of his rotation-mates, but will be making starts until there is another option.

If this is the way the Yankees intend to position themselves for a long postseason run, they need to be capable of having more confidence in Cole to be the pitcher he was in innings two through six against the Mariners than he was in the disastrous first frame.

“Summing up the season, there’s been good ones and bad ones,” Cole said. “I’m just trying to stay on the same drumbeat of just trying to get better every week. … We’ve had good ones, we’ve had clunkers, we’ve gotten baseball’d. We’re trying to take all those things we’ve learned from those games and keep trying to get better. The numbers are where the numbers are. We’ve got to be performing the way we want to perform at that level of excellence by the time October comes.”