It would be a stretch to call the Youri Tielemans situation at Leicester City a saga. After all, sagas usually involve actual events along the way.

However, despite Arsenal’s “cooling” interest in signing the Belgium international this summer, this hasn’t been a story of idle chit-chat and speculation, and there may still be a twist in the tale.

While there have been no approaches to Leicester from any club, let alone Arsenal, interested in signing Tielemans so far this summer — and in the last three transfer windows for that matter, since it became known he hadn’t signed a contract renewal offer — that doesn’t mean Tielemans will definitely be pulling on the new Leicester shirt come their season opener at home to Brentford on Sunday, August 7.

Leicester might be slightly more confident at the moment that he will remain at the club, but they won’t be complacent.

While it is true they do need to make room for new faces and generate extra funds through sales of certain assets in Brendan Rodgers’ squad, the idea this summer is to refresh and improve their current set of players. The loss of such a key figure as Tielemans, who has played 158 times for the club since arriving on an initial loan from Monaco three and a half years ago, isn’t their ideal scenario, although they are prepared for the likely outcome that he will move on if an appropriate offer comes in before the window closes at 11pm UK time on September 1.

Tielemans is ambitious. He and his advisers feel he can play at a higher level than Leicester can currently provide.

Ideally, he wants to stay in the Premier League and play in the Champions League, but the 25-year-old isn’t unhappy at Leicester, where he has a strong relationship with Rodgers and his team-mates, and is well respected by staff and supporters.

Having scored the winner in last year’s FA Cup final, delivering Leicester’s first ever triumph in the competition, the 52-cap Belgian will forever be part of the club’s history. 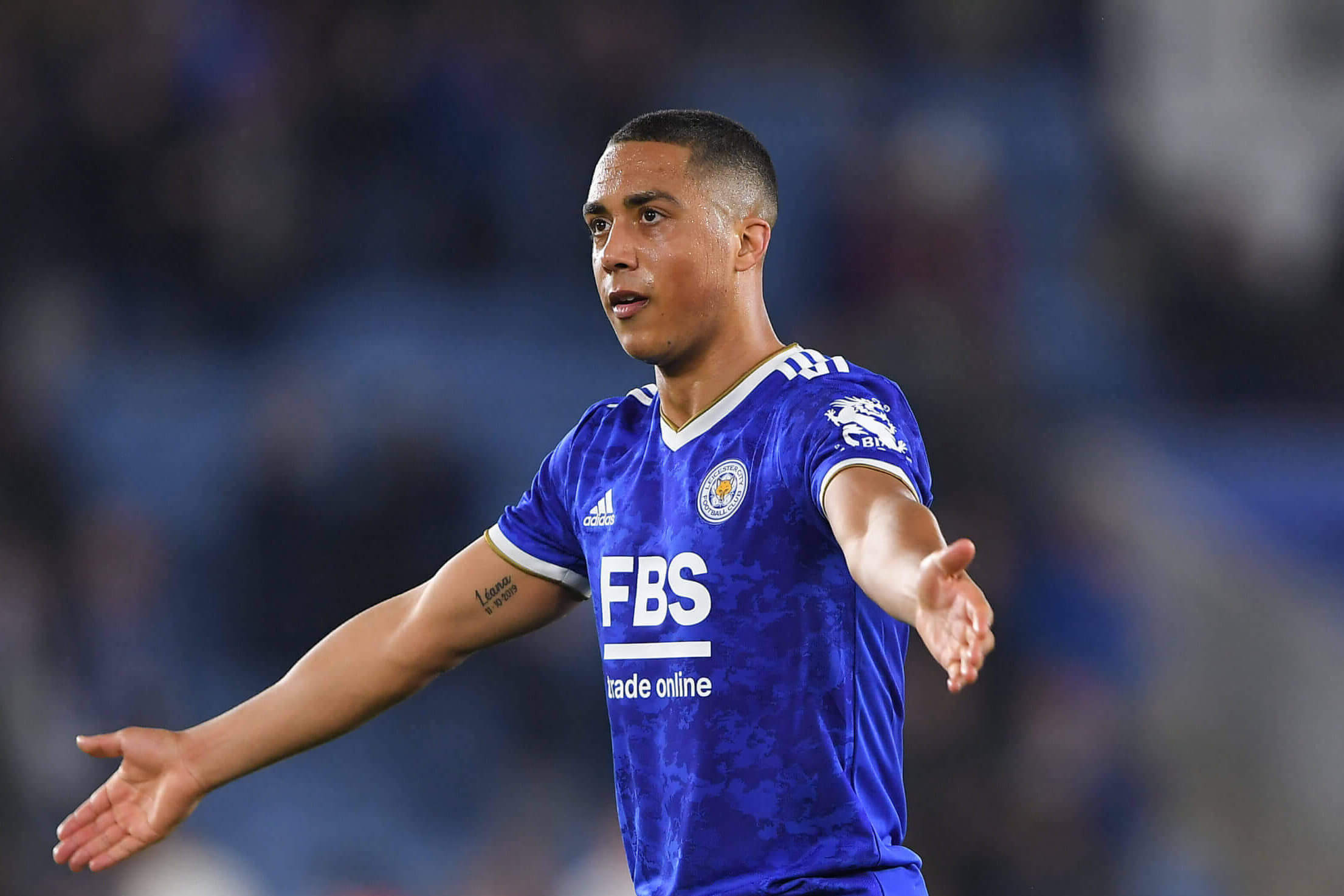 Midfielder Tielemans is heading into the final year of his Leicester contract (Photo: Jon Hobley/MI News/NurPhoto via Getty Images)

Tielemans has been linked with numerous clubs before, with varying degrees of truth, but there is undoubtedly admiration from within the Arsenal set-up for the former Anderlecht man. Other targets appear to be taking priority, however.

There have been other areas of the squad that the north Londoners have looked to improve first this summer though, most notably up front, with their efforts to bring in Gabriel Jesus from Manchester City.

Arsenal are also chasing Leeds United winger Raphinha, and have already signed creative midfielder Fabio Vieira from Porto. For now, the majority of their budget has been dedicated to improving their attack.

That doesn’t mean that, with 10 weeks of the summer window to go, that Arsenal will not resume, and act upon, their interest when they weigh up their position before that September 1 deadline. In the final months of last season, they sounded out Tielemans’ advisors over a move to the Emirates Stadium. He is greatly admired by Arsenal manager Mikel Arteta — there is certainly mutual interest between these two parties.

It’s possible Arsenal’s recent cooling of their interest could merely be an interlude.

For starters, they will feel that they are in a strong position regarding the player. Without any notable competition for Tielemans’ signature, they are currently in a one-horse race. The string of Champions League suitors Tielemans hoped for have not declared themselves as yet. Therefore, there is no need for Arsenal to rush in.

With only a year left on his contract, Leicester know they are in a weakened position but will still try to hold out for the best price they can — although they are unlikely to recoup the £32 million they paid Monaco for his services in summer 2019.

A figure of £25 million has been speculated but Arsenal may feel that the longer they can drag the situation out, the more likely Leicester will be to accept less than that as they look to carry out their own transfer plans ahead of the new season.

Arsenal took a similar approach last summer with the pursuits of Aaron Ramsdale and Martin Odegaard — confident they were those players’ preferred destination, they could afford to bide their time somewhat.

The memory of the protracted sale of Danny Drinkwater to Chelsea five years ago will still be fresh in the minds of those involved inside King Power Stadium.

Leicester’s determination to hold out for a £30 million fee for Drinkwater left them scrambling to register his replacement Adrien Silva. They famously missed the paperwork deadline by 14 seconds so the Portugal international, signed from Sporting Lisbon for £22 million, was ineligible to play for them until the January window opened four months later.

From a business perspective, it wouldn’t make much sense to hold onto Tielemans and let him leave on a free transfer next summer, when he would surely have a few more suitors than he does right now. Neither would a one-year extension to his current deal, which is not something Leicester are currently considering. They would simply be back in this same position 12 months down the line.

If Arsenal do land Jesus from champions City for a fee reported to be around £50 million, that would take their spending for the summer already past the £80 million mark following the £30 million arrival of Vieira, making it more likely that someone would have to leave to create the room for Tielemans.

Granit Xhaka was the subject of interest from Roma last summer and while their signing of Nemanja Matic after the expiration of his Manchester United contract appears to have closed that door, the Swiss midfielder’s departure would create a gap in the squad and the wage bill at Arsenal, which Tielemans could well be the ideal candidate to fill.

As sagas go, Tielemans’ future hasn’t exactly been a thriller to date but it looks likely to include a few twists in the remaining chapters.